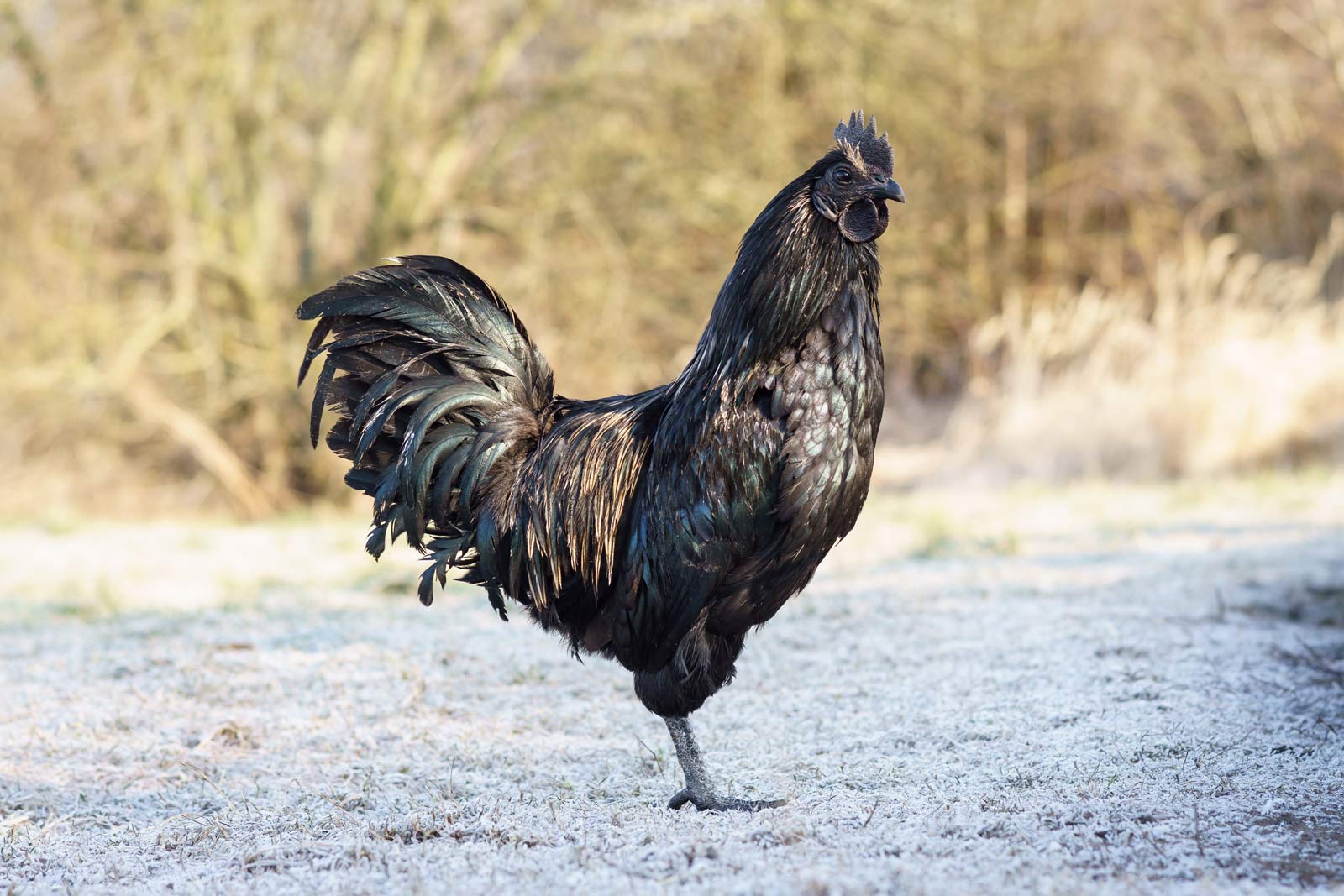 When it comes to chicken breeds, there are a wide variety of options to choose from. From egg-laying varieties to those bred for their meat, there is a chicken breed to suit every need. But when it comes to pure luxury and exclusivity, one breed stands above the rest: the Ayam Cemani.

Ayam Cemani is a breed of black chicken that hails from Indonesia. These chickens are prized for their unique appearance, characterized by their jet-black feathers, skin, and internal organs.

The Ayam Cemani is an ancient breed whose origins can be traced back to the 13th century.

In addition to their striking appearance, Ayam Cemani is known for their calm and docile nature. They are not particularly good egg-layers, producing an average of only 50 eggs per year.

However, they are prized for their lean, flavorful meat, which is said to have a delicate and almost gamey taste.

The Health Benefits of Ayam Cemani Meat and Eggs

In addition to their taste and rarity, Ayam Cemani is also renowned for its health benefits.

Their meat is said to be higher in protein and lower in fat compared to other chicken breeds, making it a healthy choice for those looking to add protein to their diet.

Ayam Cemani eggs are also said to have health benefits. They are rich in nutrients such as vitamins A, D, and E, as well as iron and calcium. They are also high in antioxidants, which can help to protect the body from the harmful effects of free radicals.

The Cost of Ayam Cemani

So what makes Ayam Cemani the most expensive chicken breed in the world? The answer lies in their rarity. Ayam Cemani is not a commonly found breed and is not easily bred. Therefore, producing Ayam Cemani requires special attention and care, which adds to their cost.

It’s important to note that these prices are not set in stone and can vary depending on the location and the specific breeder. In addition to the initial cost of purchasing an Ayam Cemani, there are ongoing costs, such as feed and veterinary care.

So what about Ayam Cemani gives them their unique black coloration?

The answer lies in their genetics. Ayam Cemani has a genetic mutation known as fibromelanosis, which is responsible for their all-black appearance.

This mutation is caused by a gene called KIT, which plays a role in developing pigment cells. In Ayam Cemani, the KIT gene is overactive, which results in the production of excessive amounts of pigment.

This excess pigment gives these chickens their black coloration, as well as their black skin and internal organs.

Due to their unique appearance and high cost, Ayam Cemani has gained a reputation as the ultimate status symbol for those who can afford them.

In Indonesia, Ayam Cemani is often associated with wealth and prestige, and they are often given as gifts to mark special occasions.

Ayam Cemani has also gained popularity in the United States and Europe in recent years.

They have been featured in several media outlets, including Forbes and the New York Times.

In addition to their popularity among chicken enthusiasts, Ayam Cemani has also caught the attention of celebrities, with several high-profile individuals reportedly owning flocks of these exotic birds.

Ayam Cemani is a truly unique and exclusive breed of chicken. With their striking black appearance, calm nature, and potential health benefits, they are a true luxury for those who can afford them.

While they may not be the most practical choice for those looking for a backyard chicken breed, there is no denying their allure and appeal.

A-Z List of Black Chicken Breeds: 18 Types (With Pictures)
Great Chicken & Waffle Joints in Every State
The 20 Best Chicken Breeds For Beginners
Is Raising Chickens Cheaper Than Buying Eggs?
Share on TwitterShare on FacebookShare on PinterestShare on LinkedIn