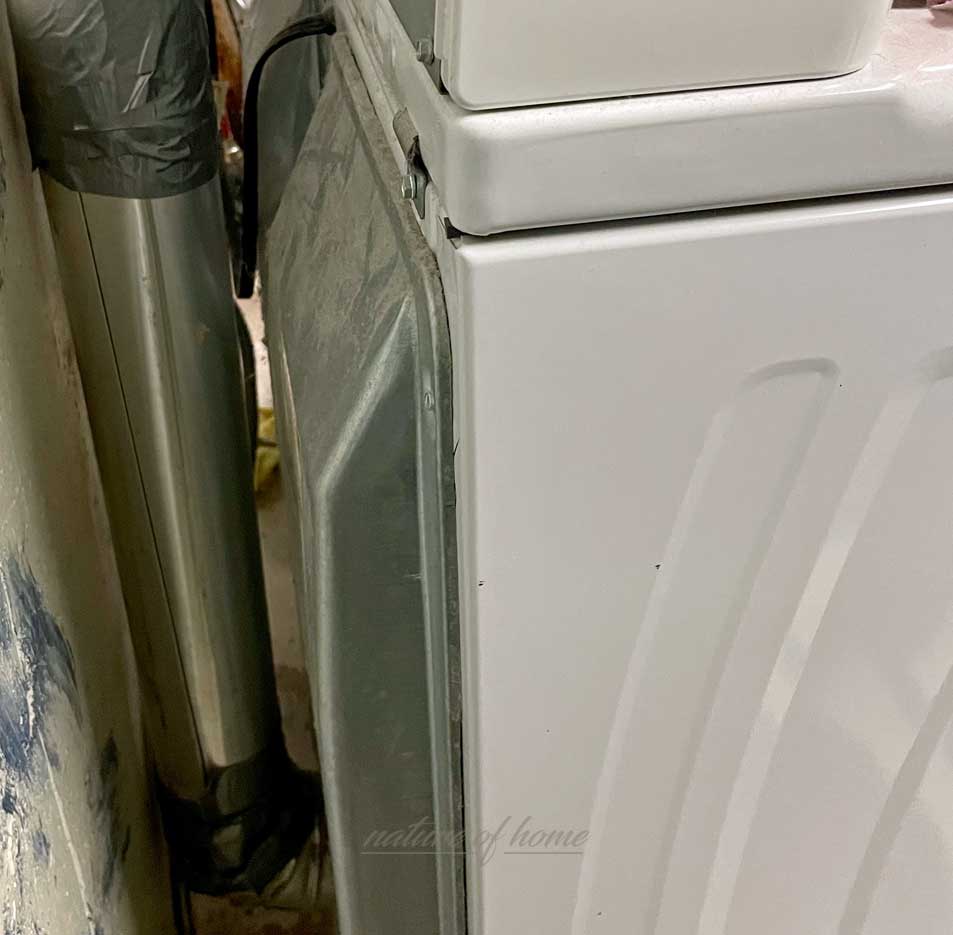 The exhaust from a traditional clothes dryer is full of moisture and lint. Clothes dryers should always be vented directly to the outside.

Lint is one of the main issues. The problem with lint is that it is damp and sticks on everything, leading to gumming up anything it comes into contact with.

Tiny particles of lint can escape mesh screens and filters. When ventilating the dryer to the outside, this doesn’t matter. However, if the dryer exhaust is vented indoors, these small lint particles could cause serious problems.

Lint particles can range in size from 3 to 100 microns. Dryer filters capture large particles because most machines exhaust to the outside.

How Small is a Micron & Why Does it Matter

One micron equals 1/1000 mm (1/25,000 in one inch). Airborne particles are typically measured in microns. The human eye can detect dust and debris about 25 microns in diameter.

To comprehend how small this is, think about the hair on your head, which is about 70 microns in size or 30 times the size of the most significant fine particle.

The size of the particle can be used to assess the level of danger to the health of humans.

Particles of 0.3 to 0.9 microns pose the most health risk because they are tiny enough to pass through small hairs in our respiratory passages and are too big to exhale efficiently. The most irritating particles in the mid-range include dust from textiles and houses pollen, pet dander, pollen dust mites, feces, various bacteria, auto exhausts or mold spores, and particles generated by laser printers as well as copiers.

Even if you capture 90% of the lint, you still will miss these smaller particles that escape. Which are small enough to remain airborne and reach the lungs. If you do some research, you will find there are many lung diseases that textile workers can get (PDF) from inhaling fine fiber products.

That fine lint is not something you want in your home living environment. Especially since there is almost always some detergent left in the clothes after the last rinse.

There are also fabric softeners and “Bounce” sheets which can be very harmful to air inside your house.

Indoor air quality is already a problem in many homes. Adding more pollutants will only make it worse.

You could try to add a high-performance air filter, but this can cause the fan to be constrained by the filter. Leading to prolonged drying times and possibly violating clothes dryer warranty terms.

It is generally insufficient to vent a clothes dryer indoors. You would need to monitor the humidity closely if, for some reason, it was allowed.

Are there circumstances where this rule could be violated?

Some people think that heat pump water heaters could handle the extra load of humidity since they are natural dehumidifiers.  But, this generally doesn’t work either.

The heat-pump water heaters (HPWH) cannot handle the latent load of clothes dryers vented to the interior. Each heat pump has a Sensible Heating Ratio (SHR), which tells you how much it can service the sensible and latent loads. It is rare to see heat-pump water heaters or space-conditioning heat pump that consistently reports SHRs. An HPWH’s dehumidification is merely an incidental benefit.

The water heater and the dryer are not likely to be running simultaneously. Even if the dryers were used in tandem, these water heaters are not designed to handle the moisture load that clothes dryers place on them.

It’s not a good idea to pour all the moisture in your basement without having a way to move it outside.

A ventless heat-pump clothes dryer is a good option

You can choose between a ventless heat pump or condensing clothes dryer. Neither of these dryers must be vented outside.

LG and Whirlpool make them, but the LG version can be vented.

Can a clothes dryer be vented into the garage?

Generally no.  Unless the vent pipe goes into the garage and to the outside.  Which would not be efficient piping.

There are restrictions in the Mechanical Code (PDF).

504.1 Installation. According to the manufacturer’s instructions, clothes dryers must be exhausted. The dryer exhaust system shall be independent of all other systems and convey moisture and combustion products outside the building.

Exception: This subsection shall not apply to listed condensing (ductless) clothes dryers.

The same problems apply to vent a dryer into the basement as venting a dryer into a garage. You would be blowing air pollution via the lint- and adding a large amount of humidity to the garage.

Again, skip venting into the interior of any space unless it is designed to do so.