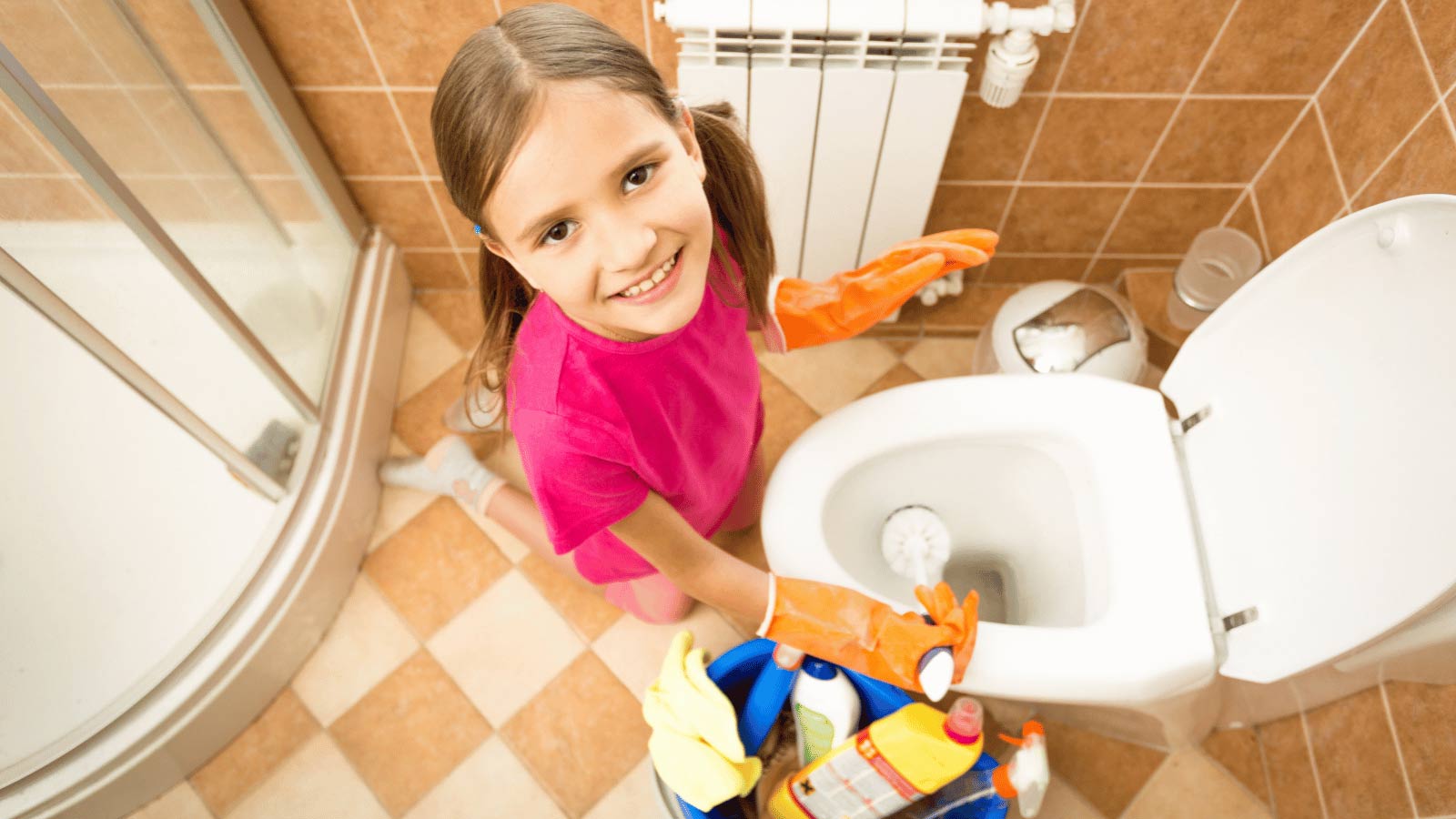 A mom recently posted about having trouble getting her kids to clean the bathroom like they were supposed to. So, she decided to leave a note hidden in a rag that was on the floor saying:

Congratulations! You’ve found this note! If youre reading this you’ve won $50. But, here’s the catch. However many days have passed since the date at the top will be subtracted from the pot. Good luck!

Of course, it has already sparked all kinds of comments.

Many fellow users had little faith in the kids:

“This will be consumed by bathroom mold before they find it”, “And then when they do, they’ll be in debt.”

“The kids will be selling the house when the parents are dead when they find it.”

“Archaeologists in the future find the note. Would be in debt 500 trillion social credits. Tell no one.”

And taking this to the extreme by saying the kids will be in debt for the rest of their life before they find it: “Let’s see….8 years, plus the industry standard 12% compound interest… And of course accounting for inflation during this period… HONEY! Great news, the kids found the note, we can retire now!”

This then sparked a generational debate about baby boomers, millennials, and gen X. But I think we can all agree, cleaning the bathroom has never been on the top of list of favorite activities for any generation of kids.

Other Have Tried Similar Experiments

Although, another user used a similar strategy and had success: “My little sister used to leave all her crap on the floor. I started chucking quarters in the mess and she started cleaning up. And yes, this was 1973 when you could buy something for a quarter.”

Another user also had a story to tell that this strategy reminded them of: “This makes me think of a farm I worked on. They had cows but didn’t have so much grazing land and practiced a kind of”intensive rotational grazing.” They would drag the pastures after the cows were done to spread out the turds so they didn’t kill the grass underneath them.

“Then they had a clever idea… that would feed the cows a little handful of whole corn every day. Some made it all the way through the cow. This would attract the wild turkeys and pheasants to their grazing pastures, breaking up the turd piles. I mean it was like you put an M80 in each turd. Perfectly spread out.”

What does this say when the kid finally picks up the towel 25 days later: “So, you’re still gonna flow them a 20 for being slobs for a month? What’s the lesson here?”.

A user responds that it will work because the kids will fixate on what they lost out on and not procrastinate next time: “It’s a similar psychology to gambling. If at one point during the night somebody gambling is up by 1000 bucks, but by the end of the night they’re only up by 100, they’ll fixate on the 900 bucks they “lost” and be all miserable about it even though they’ve still won 100 bucks. (Of course in reality most people won’t even end up up by 100 because they get so fixated on getting the rest “back” that they’ll throw everything away in the attempt to get it)

“Guaranteed those kids end up fixating on what they “lost”. And by actually giving them the remaining balance (if there is one by the time they find it) it reinforces that the $50 was in fact real and could’ve been theirs. So even though they still get something out of the deal, it weirdly is still kind of a punishment.”

Others think the kids will catch on and this strategy will not work long-term: “They’ll be annoyed but they’ll expect it the next time, or the time after that. When OP doesn’t continue putting $ notes under rags, they’ll just flip/brush all rags to see if there’s even any notes underneath.”

To combat this issue another responds with: “Studies indicate that people respond to intermittent rewards more than they do to consistent ones. Do not make any comments that you will or won’t leave another note again. Then when they have forgotten about it.

“Do it again without notice. Repeat once more in the future with no pattern involved and you will never have dirty bathrooms again.”

Will They Find It?

So far, it has been one week, and the rag is still on the floor. Dollars lost each day. You can read the full Reddit thread and updates here.

When do you think the kids will find it, and will the experiment work to get her kids to clean the bathroom consistently?