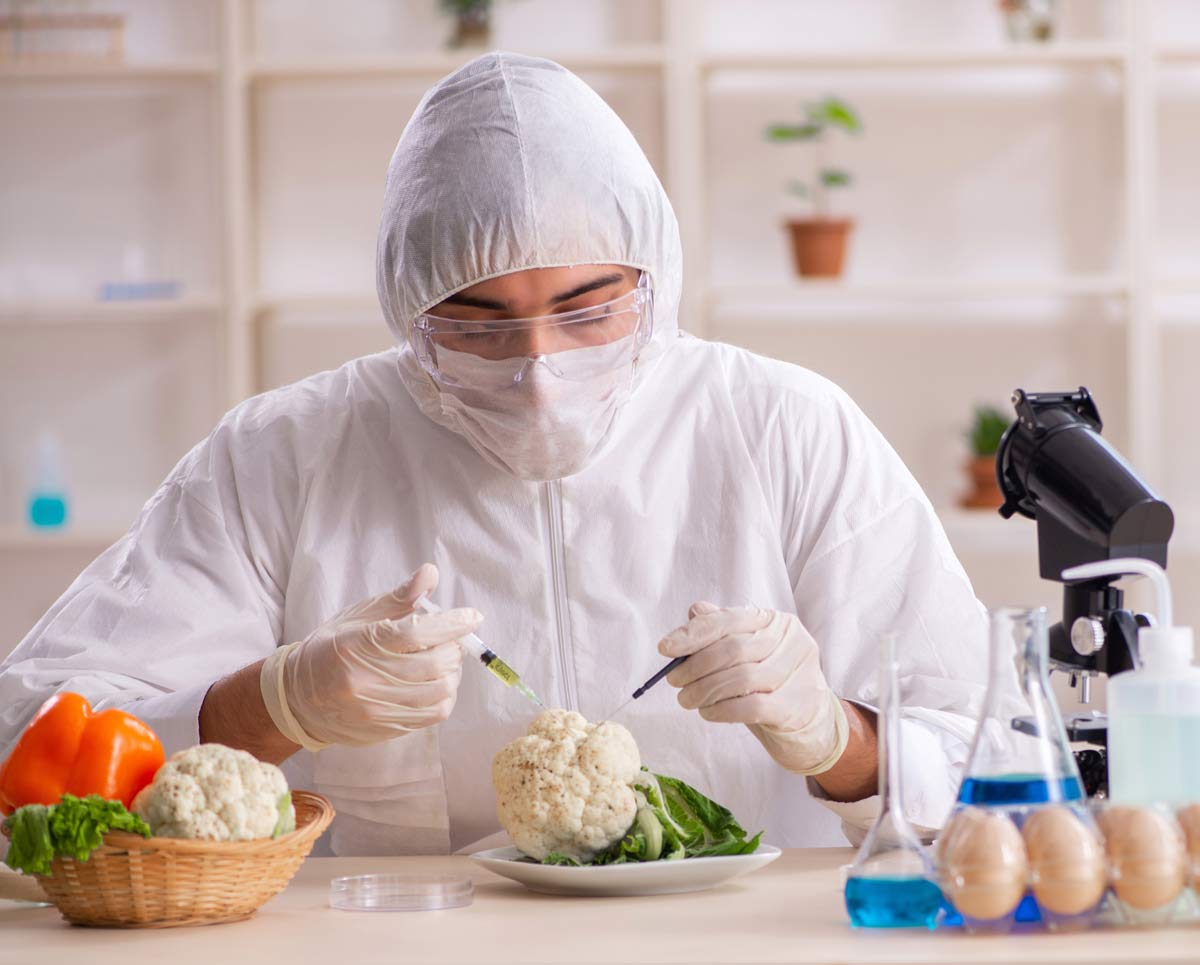 Rich in antioxidants and vitamin K, cauliflower is a tasty addition to any meal. As you’re considering the health benefits of this fibrous vegetable, you might be wondering: is cauliflower man made?

Yes, cauliflower is man made.

But that doesn’t mean scientists created cauliflower in a lab. The history of cauliflower goes back much further than 20th-century genetic modification.

Let’s take a look at how farmers used selective breeding to cultivate desirable wild cabbage traits over many centuries.

Cauliflower is a domesticated cultivar of wild cabbage or Brassica oleracea (PDF-epsilon.slu.se).

(A cultivar is any variety of plant that humans have cultivated using selective breeding. More on that in a bit.)

Cauliflower is most genetically similar to broccoli. Both vegetables come from the flower clusters of wild cabbage.

Selective breeding is not a new practice. Hunter-gatherers used this process of cultivation roughly 10,000 years ago.

The history of cauliflower begins slightly more recently, about 2,000 years ago.

The exact geographic origin of cauliflower remains a mystery. But cauliflower most likely originated in the Mediterranean.

In the first century Rome, Pliny the Elder referenced an early form of cauliflower in his text Natural History (read for free; gutenberg.org).

During the 15th and later centuries, traders carried cauliflower to other areas of present-day Europe and indeed across the globe.

Selective Breeding: Beginning of The Man Made Cauliflower Vegetable

Humans interact with these plants at the point of pollination – the process responsible for plant reproduction.

Other methods of propagation include grafting, cutting, and layering.

Dependent on new plant growth and subsequent cycles of reproduction, the process of selective breeding takes a long time.

In addition to white cauliflower, you can also find vibrantly colored heads in green, orange, purple, and brown.

Are Cranberries Man Made? History, Humans & Uses (Solved)
Are Lemons Man Made? Created in a Lab, or Natural? (Explained)
Is Broccoli Man Made or Natural? (Solved + Surprising)