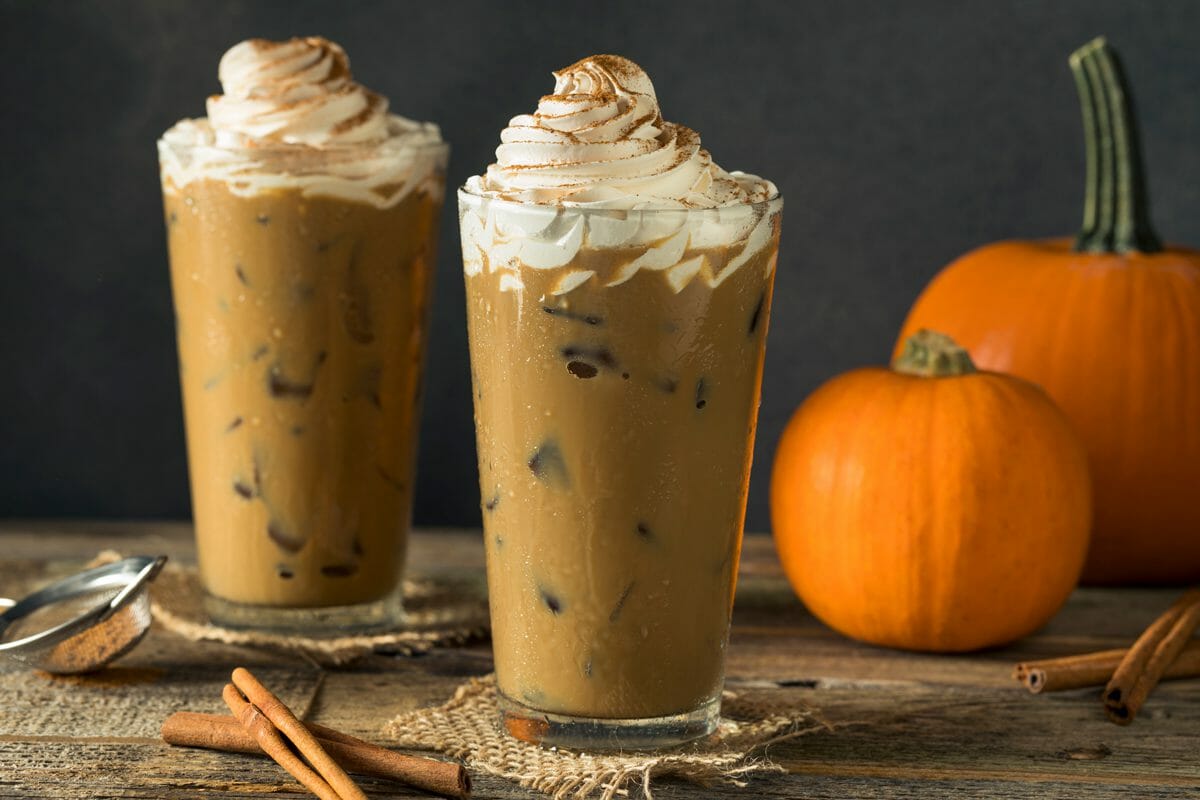 Pumpkin, gingerbread, and chai are the three things that come to mind when thinking of fall.

Most people’s favorite things about this time of year are the warm beverages frequently prepared. You’ve probably already sampled at least one chai or pumpkin latte. It’s the season for those kinds of drinks!

But did you know that making these at home isn’t nearly as difficult as you might think? So, put aside the sugary Starbucks PSL and try one of these homemade pumpkin spice lattes!

This beverage can be prepared as a hot or an iced version of a PSL. There are still a few warm days left in October, so you can continue to take advantage of the iced version for a bit longer.

The best part of this recipe is that you likely already have most of the ingredients in your pantry, which is why it is so great.

With this iced pumpkin spice latte recipe, you can give your next cup of latte the taste of fall. This recipe, which can be prepared in under 5 minutes and calls for pumpkin puree, pumpkin spice, and coffee, is surprisingly straightforward to make.

Pumpkin puree: You can make your own pumpkin puree at home. Or, use a canned variety.

Pumpkin spice: Fresh homemade pumpkin spice is fantastic, and it’s highly likely that you already have all the spices you need. However, you may also use store-bought.

Coffee: Use regular brewed coffee for a less rich latte flavor profile. On the other hand, you could also use a strong espresso.

Milk: Although whole dairy milk is used in this recipe, you could also use almond, soy, or coconut milk.

Sweeteners: Honey is most people’s go-to sweetener, but agave or maple syrup is a delicious and equally satisfying alternative. In addition, brown sugar has a pleasant caramel flavor because of the molasses it contains.

Whipped Cream: Adding whipped cream to any dish or dessert makes it look stunning and irresistible. You could also use milk foam or, if you prefer, have it without any toppings.