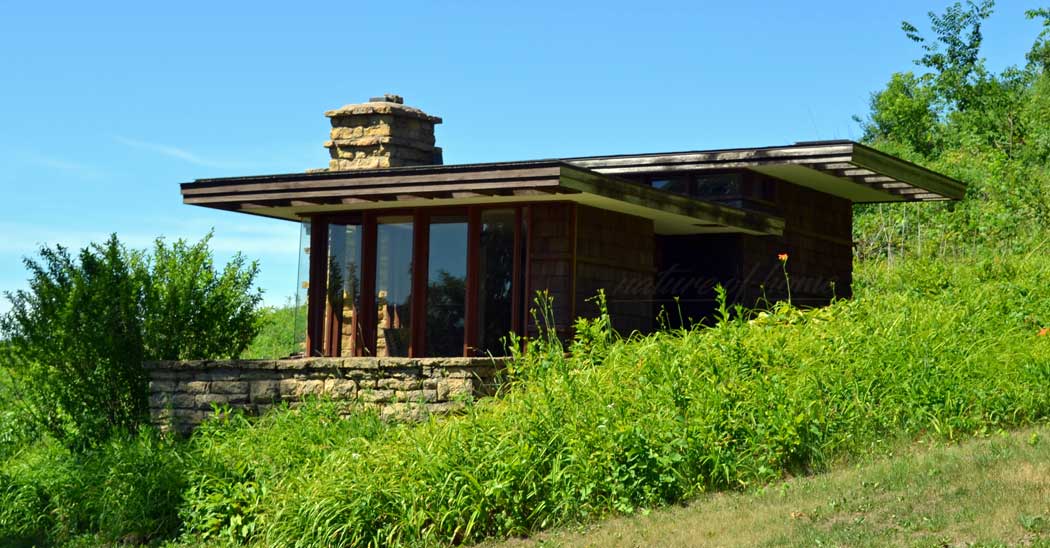 A cantilever roof overhang is a structural feature that projects from the side of a building. It differs from a regular roof overhang because the overhang is built into the structure’s design rather than just a part of the roof truss. The style is popular among residential buildings and was pioneered by the architect Frank Lloyd Wright.

Wright, an architect and interior designer was an early pioneer of cantilever roofs. His signature style used cantilevered roofs that extended outwards, supported by steel beams. This created the illusion of endless horizons and wide-open landscapes, perfect for the Midwest.

Why a Cantilever Instead of a Typical Roof Overhang

There are several reasons you would want to choose a cantilever roof style overhang over a typical roof overhang:

Whether building a new home or overhauling your current one, a cantilever can add value and curb appeal. The most common reason for choosing a cantilever is visual appeal. The overhang can give your home a more modern look and feel.

Another advantage of a cantilever is the increased space it provides. If you have a small patio or yard, the overhang can give you extra room to entertain guests or relax outdoors and improve the look of your roof. Especially if you will have a flat roof.

Protection from the Elements

A cantilever can also protect from the sun and rain. If you live in an area with harsh weather, the overhang can help shield your outdoor living space from the elements. For example, it can help protect your home’s walkway and entrance.

The video below will show three examples of cantilever overhangs and provides a great introduction to their construction.

Steel beams with wood framing or specially engineered roof trusses are used to support a cantilever.

The general rule of thumb is that the overhang can only extend up to 1/3 of the length of the beam, but it is more common for the overhang to be shorter. Builders typically place the beams along the top of the walls and allow them to extend outwards.

The video below will show how a cantilever is made using wooden roof trusses. But, steel beams are often used and prefferred by structural engineers.

When Should You Not Use a Cantilever Roof Overhang

There are some circumstances when you might not want to use a cantilever roof overhang.

One is if you live in an area with high winds. The extended structure can act like a sail and catch the wind, putting stress on the building and causing damage.

You might also want to avoid using a cantilever roof overhang if your building is in an area that gets heavy snowfall. Or, reduce the size of the overhang to minimize the risk of damage from the weight of the snow.

This is where the strength of steel beams becomes more important.

When material from the outside of the thermal envelope enters the building, it creates a thermal bridge—allowing energy to pass through without having insulation to slow it down.

Thermal bridging can create significant energy losses and the potential to develop condensation and mold.

You will need to work with your engineer and builder to design a thermal break if you live in a hot or cold climate.

One option is Schöck Isokorb® which you can see an example of in this Fine Homebuilding PDF. This creates an insulated section of the beam to create the thermal break while still being able to carry the load.

Cantilevers have similar building code requirements as traditional roof overhangs. The crucial difference is that cantilevers must be designed and constructed to support the additional weight of the extended structure.

An inspection for an occupancy permit will include a review of the building plans to ensure that the cantilever meets all code requirements. The physical evaluation for the new cantilever roof overhangs includes:

During this part of the inspection, the inspector will look at the materials being used for the cantilever to determine how much weight it will need to support. They will also consider the weight of any snow or ice that could accumulate on the cantilever in colder climates.

Inspect the Connections Between the Cantilever and the Building

The inspector will make sure that the builder properly fastened the cantilever to the building and that it can support the weight of the structure. A cantilever that is not adequately attached to the building can cause severe damage in high winds or during an earthquake.

Check the Slope of the Cantilever

The inspector will make sure that the slope of the cantilever complies with the building code. The code varies depending on the materials, dimensions, and location of the cantilever. It also differs by jurisdiction and building type.

An experienced contractor will know the requirements in your area and can get the information from the town or city hall.

Ensure That the Cantilever Meets the Setback Requirements

The setback requirements for cantilevers are the same as those for standard roof overhangs. The inspector will ensure that the cantilever does not extend beyond the property line or into a required setback such as a fire lane.

This area depends on several factors, including:

Cantilever roof overhangs are popular for many homeowners because of their aesthetics and functionality. It’s essential to work with a qualified builder and engineer to ensure that your cantilever meets all building code requirements.

Don’t be surprised if you call contractors who refuse to do the job, as most home builders are unfamiliar with cantilevers. They will be afraid to take on the liability and potential cost overruns. But rest assured, you should be able to find a contractor and structural engineer that are familiar with them.

Like anything great, it just takes a little more work than usual.