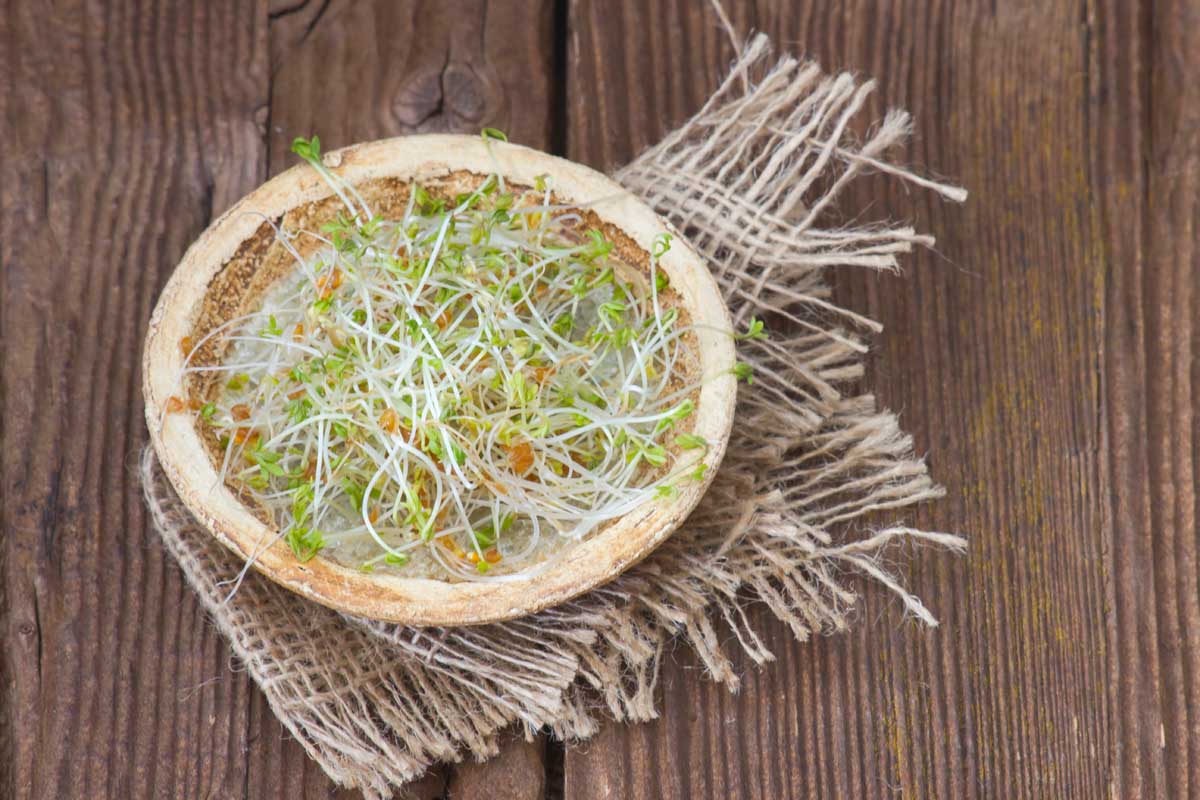 The demand for fresh, organic, and locally sourced food has increased during the past 20 years. As a result, the modest farm has been revitalized, and people are once again appreciating fresh veggies. The growth of the broader movement toward clean, whole foods, the farmers market’s resurrection, and the CSA model’s introduction have all been spectacular.

People are relearning the value of freshly farmed, regional food. This movement has demonstrated that it benefits the whole population and present and future generations, not only the wealthy and those interested in farming.

Over the past few years, microgreens have gained popularity as a hot new culinary trend. From New York to Los Angeles, chefs have been enjoying them as a way to creatively accentuate plates of food and add new depths of flavor to their dishes.

This has introduced more people to the world of microgreens but also raises some questions. Many people do not know the difference between sprouts vs. microgreens and baby greens- and which one they should choose. Let us look at each to provide a better understanding.

Sprouts vs. Microgreens vs. Baby Greens (What’s The Difference?)

Baby greens, microgreens, and sprouts are all developmental stages of a plant. Each has distinguishing qualities and different nutritional benefits.

The embryonic stage of a seed is called a sprout. Actually, “sprout” and “germination” are synonyms.

Instead of allowing the seeds to develop in a medium and get established as a plant, these seeds are grown in various types of containers and maintained moist and at room temperature until they germinate.

Sprouts are then eaten immediately after germination- They have grown in popularity because of their nutritional content. They are frequently somewhat opaque and have a crunchy feel.

The formation of a seed’s roots and the emergence of its primary leaves, known as cotyledons, occur during the second stage of a seed’s development when it is cultivated in a medium (soil or another substance).

Microgreens are greens that have been collected at this level. Microgreens put on their next set of leaves, referred to as “true leaves,” if growth is allowed to continue.

True leaves set it apart from other plants. Although the heart-shaped cotyledons of many brassicas (such as cabbage, broccoli, arugula, etc.) are pretty similar, they have a significantly distinct appearance when their true leaves develop. True leaves help you identify what kind of plant is growing.

Microgreens are only allowed to develop in the soil for a week or two before being picked.

With the extra benefit of trace minerals that are drawn up from the soil they are grown in, they offer all the health benefits of sprouts.

At this point, they resemble a salad green considerably more than a crunchy sprout in terms of texture, look, and flavor. Given enough time and room, the seed would ultimately reach the baby green stage if permitted to keep growing past the true leaf stage.

Tender leaves, known as baby greens, are frequently seen in salad mixes referred to as mesclun or spring mix. They retain some of the nutritional content and taste intensity of microgreens, but they are less tasty and soft than leaves from a fully developed head of lettuce.

The bottom line is that, for the most part, sprouts will have more nutrition than microgreens. As the more duration a plant grows, the less nutrient-dense it becomes. But microgreens still win in some categories.

Plus, most people enjoy the taste and texture of microgreens vs. sprouts. Even though they are less of a “superfood,” microgreens still pack an incredible amount of nutrition compared to store-bought greens.

Studies demonstrate that sprouts’ are high in polyphenol and L-ascorbic acid content which makes them high in antioxidants.

Additionally, sprouts are a superior supply of pectins, carbohydrates, and amino acids compared to microgreens.

Microgreens were distinguished from sprouts by having a stronger anti-diabetic and anti-cholinergic efficacy and containing more carotenoids, chlorophylls, and organic acid.

These sprouts and microgreens are reccomended to be consumed regularly for optional health: broccoli, radish, lentil, and kale.