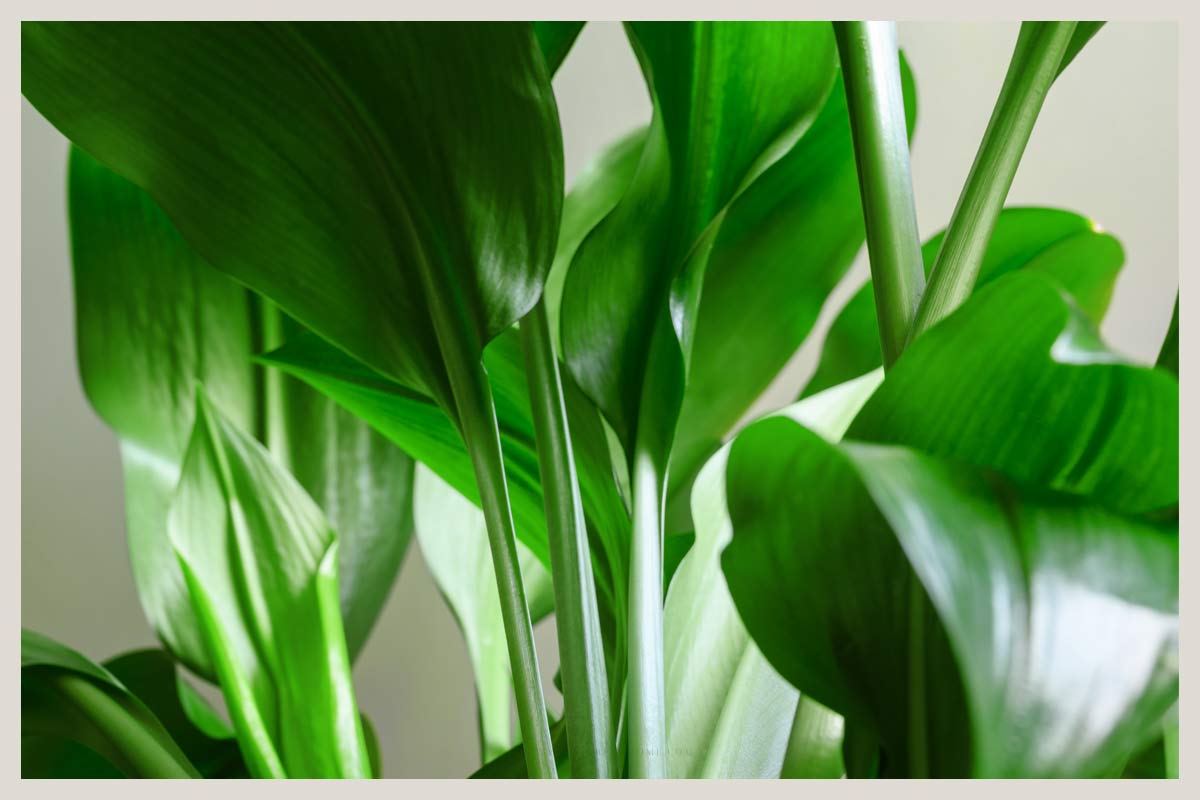 The houseplant industry has plants that become stars, then fade after fifteen minutes of fame. Cast Iron plants are one variety that, despite being well-liked in the nineteenth century (due to tolerating low light and poor air quality in smoky parlors), has distinguished itself in lasting fame.

Due to being extremely hardy and tough, this tropical plant thrives in almost any condition.

Cast iron plants offer a lovely display of dark green leaves or green and white striped arching foliage. Occasionally, perhaps once every few years, it will bloom in the dead of winter or the first days of spring.

How the name “bar room plants” originated: The plants require very little light and can do well with poor air quality. Bill Bryson, in his book “At Home: A Short History of Private Life,” is quoted as saying,

“Aspidistra was immune to the effects of gas used for lighting in the Victorian era (other plants and flowers withered or yellowed), which might account for its popularity.” This also leads to how it found its way into parlors during those times.

Small purple flowers:   Cast irons display their bell-shaped flower rarely (and unfortunately, no one knows what causes them to bloom). Blooms close to the soil’s surface.

If they do show up, they don’t stay long and don’t have much of a fragrance. 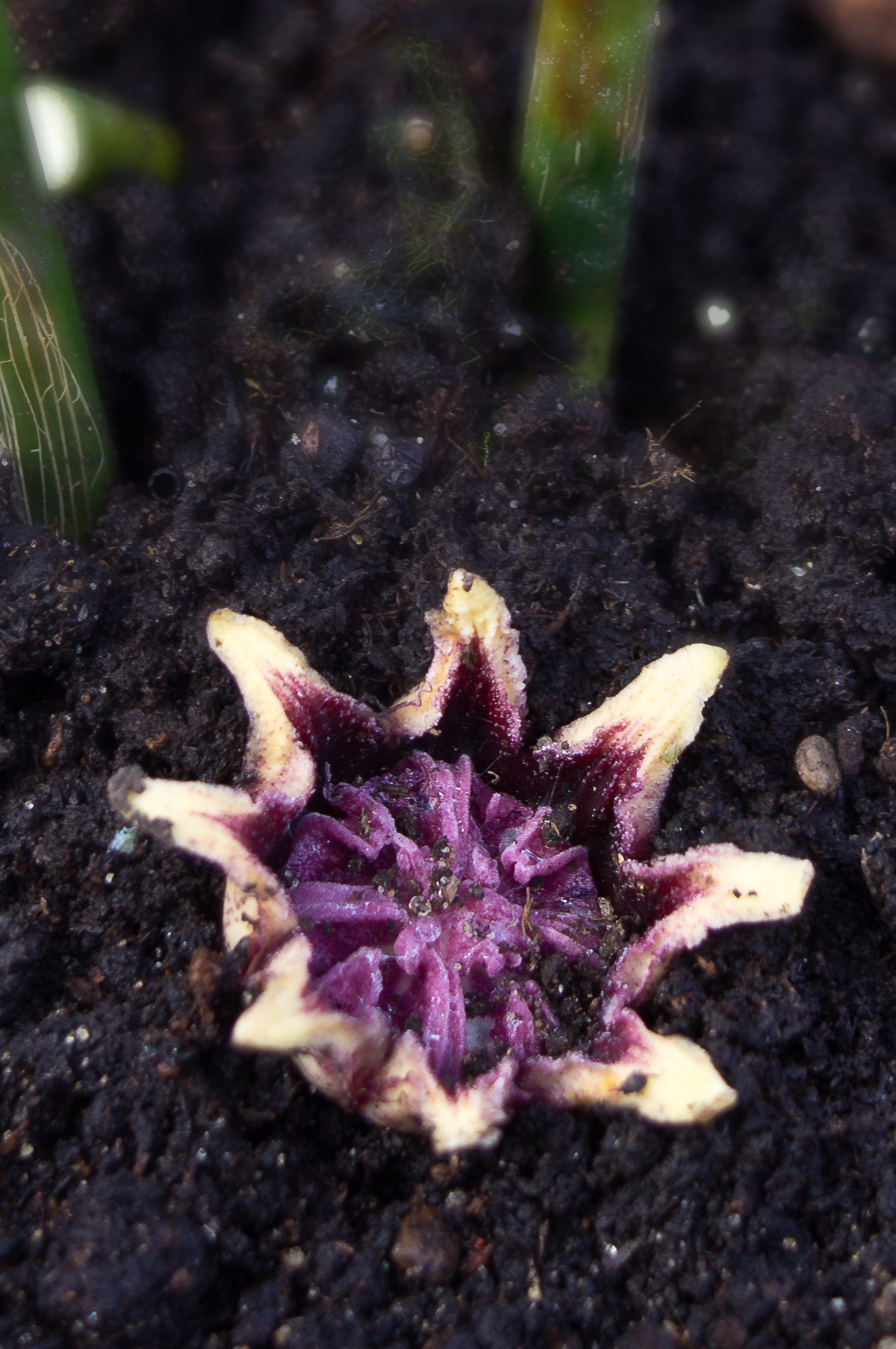 Pests rarely attack these plants since they typically find the tough-to-penetrate leathery leaves a barrier.

Split and damaged leaves could result from overfeeding. Feed only when the plant is actively growing, and cut the feed in half if the leaves begin to separate. Broken or spotted leaves frequently show that the plant hasn’t been watered properly.

If the plant has mites, the leaves will turn dark, and the undersides will develop white webs. Apply a pesticide via misting.

The majority of leaf issues are brought on by excessive sun or overfeeding.

Brown leaf tips suggest that the leaf was burned. It can be in too much direct sunlight or too close to a heat source. Cut off any damaged or dead leaves.

It is rare, but mealy bugs sometimes attack iron plants. If white woolly patches develop, wipe them away with cotton moistened with rubbing alcohol or apply an insecticide as directed.

Usually caused by too much light or water.

Because cast-iron plants are a slow grower, you might only need to repot them every few years. When roots begin to poke through the soil, you’ll know it’s time to repot the plant. Always use fresh potting soil.

Should be pruned to promote new growth.

Cast iron plants can grow in low light conditions but thrive in bright indirect light, such as from a shaded window.

Avoid direct sun, as it will quickly scorch the foliage.

This houseplant can be kept in practically any place in the home because it fits the temperature range. However, the plants prefer temperatures between 55-70°F (13-21°C).

The top two inches of the soil should dry out completely before you water again.

Even for up to a month, the iron plant can withstand underwatering. However, overwatering can cause root rot, which can kill it.

Aim to keep the soil moist, while avoiding soggy or damp conditionsfor an extended period.

Make sure your pot has drainage holes.

Water these plants sparingly throughout the year. But, in winter, the Cast Iron plant needs even less water.

Cast Iron plants don’t require a lot of feeding. If the leaves begin to break, cease fertilizing for the remainder of the season and apply all-purpose liquid fertilizer once every two weeks during the growing phase.

The cast iron plant has many benefits, one of which is that it requires far less maintenance than most other houseplants. Give it a little more water during the growing season and feed it occasionally.

When the growing container is brimming in the spring, new plants can be created by separating stem clumps from the main plant.

The rhizome must have at least two leaves in each region. Then, wait until the following spring to begin feeding the young plants.

Cast iron plants can be top-dressed once they reach the ideal size for the pot and hardly ever need to be replanted.

It’s better to keep older plants in their original containers. Then, if required, take out some roots and new growth.

Tip: Add a handful or two of perlite to the potting mixture to increase the drainage.

You can propagate Cast Iron plants through division (the best times as spring and summer), which is splitting up a section into multiple plants.

First, remove the plant out of its pot and find a section with a separate root system. It should be noted that the method works best if the piece you are separating has at least two to three stems.

Gently separate the roots of each with your fingers. Then, use a clean, sharp knife (or scissors) to cut the roots apart from one another if they are too knotted and impossible to disentangle by hand. While keeping the root systems together as best you can.

Put the section you’ve divided into a correctly sized pot. Then, water and maintain it as usual.

Here are some questions that are commonly asked about Cast Iron plant care:

Are Cast Iron plants toxic to cats and dogs?

According to the ASPCA, Cast Iron plants are not toxic to cats, dogs, or horses. Although, it’s always best to keep pets away from houseplants.

How big will the Cast Iron plant aspidistra get?

Cast iron plants grow to be 3 feet in height and generally have 2 feet spread. However, since they are slow growers and it can take many years to reach maturity, you can put them in a smaller container that will limit them to a smaller size if you desire.

Yes, if you live in the correct climate zone (southern united states). If not, you can still grow cast iron plants as indoor plants.

Before You Go, Here’s a Purchasing Tip: Pick a lush plant with many robust, colorful stems and a graceful arching curve, and avoid plants with split, speckled, or trimmed leaves.