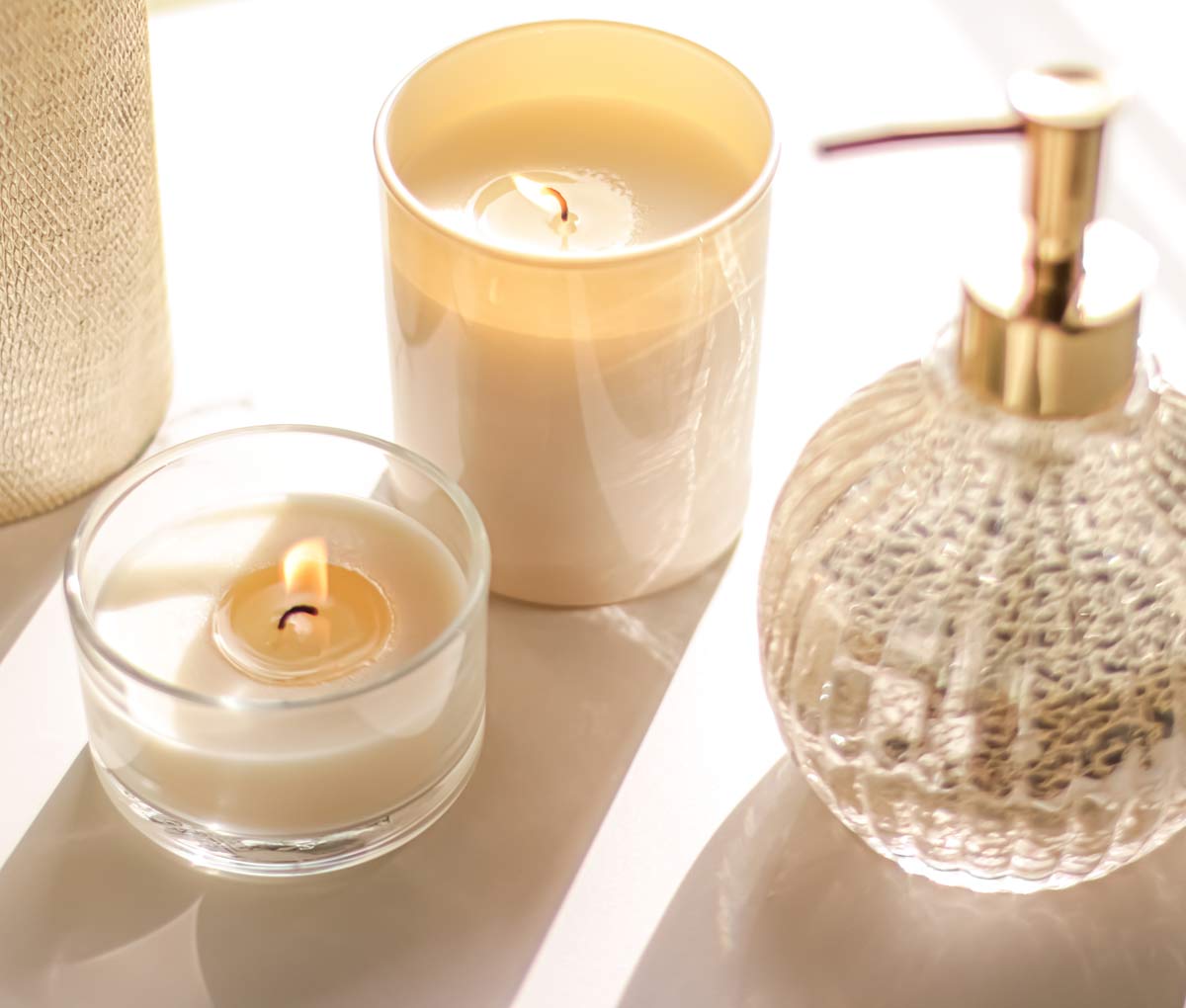 What is a spa day, romantic dinner, or cozy night in without a candle or two to set the mood? For over a decade, headlines have warned consumers about toxic chemical exposure when burning candles indoors, but new research tells us that our worries might be overblown.

A study published in 2009 found that burning paraffin wax releases potentially dangerous chemicals like toluene, and it is true that some scented candles do contain cancer-causing chemicals like benzene and formaldehyde.

While very high concentrations of these chemicals might indeed be harmful, recent research has found that the amount of particles and vapors emitted from burning household candles is lower than the limits recommended by the World Health Organization.

In fact, a 2014 study that analyzed the air quality of rooms of various sizes after burning candles for four hours found that the highest measured levels of these chemicals were only half of the recommended limits set by the WHO.

Yes, toxicity will increase if multiple candles are lit in poorly-ventilated areas for prolonged periods of time, but normal use is not generally a cause for concern.

Respiratory toxicologist Nikaeta Sadekar told The New York Times that exposure to chemicals emitted by scented candles “is so low that they pose no significant risk to human health.”

Ultimately, this exposure is trivial compared with the cocktail of toxic chemicals in the air on a busy metropolitan street.

We might not have the noses of our canine friends, but humans can smell scents at relatively low concentrations, so don’t be fooled by a strong aroma: it doesn’t necessarily mean higher toxicity.

However, “scented candles tend to burn with more soot because the compounds added for scent change the carbon-to-hydrogen ratio in the candle, which affects the way it burns,” said Mary Brummitt, N.P.

Soot — the byproduct of incomplete combustion — has been a source of concern as well. Both carbon and soot are released during burning, but according to the National Candle Association, the amount of soot produced by burning candles is low, and similar to that produced by kitchen toasters and cooking oils, and not that of coal or gasoline.

The wick is often a factor in soot production. While lead wicks were banned in the US in 2003, wicks are often made of a blend of materials that produce emissions as they burn. To prevent additional emissions and minimize soot, look for 100% cotton wicks (or, better yet, 100% organic cotton wicks, which also minimizes pesticide use and other harmful farming practices).

If you are especially concerned about soot, or would like to minimize staining on nearby walls, keep candles away from drafts and ensure that the melted wax is clear of debris, and keep the wink trimmed between 15mm.

Even if their impact on human health is negligible, candles do have an environmental impact, notably from paraffin wax. Paraffin — a by-product of gas and oil refineries, major drivers of climate change — is a common ingredient in candles, but soy candles have become a popular, lower-impact alternative.

Sure, soybeans aren’t barrels of fracked gas, but the crop is still notorious for deforestation, GMOs, and heavy use of pesticides. Beeswax is a favorable option for candles too: the wax of honeycombs that is harvested along with the honey made in beehives.

The wax is, however, considered an animal byproduct, so many vegans won’t purchase products containing beeswax.

Besides the contents of the candle itself, the container is another source of waste. A candle or two a month might brighten up the home, but it also sends a few dozen containers to the trash every year. If given a choice, glass is easier to recycle than plastic, and can more easily be upcycled.

Keep the jar and the lid for storing food, visiting a refillery, or even refilling with wax to make your own candles. To remove the waxy residue in the bottom, pour boiling water into the jar and allow the wax to slowly rise to the surface, then remove and clean the container with soap and water.

Better yet, some smaller companies or individual candle artisans will collect the containers and upcycle them into new products, like Colorado-based Old Pine Candle Co, which has collection locations for jars to be collected and reused by the company.

For the candle fanatic, there are a few tactics for purchasing products with the least environmental impact and lower chemical emissions. Look for those that don’t contain petroleum products, like soy candles, or beeswax, stearin, and vegetable-based waxes that are biodegradable.

Certain strong fragrances might also cause allergic reactions in a smaller percentage of people, or irritate some with asthma.

To avoid this, look for candles scented with essential oils rather than fragrance chemical oils (or consider an oil diffuser instead). Be wary of greenwashing when browsing the shelves as well.

Terms like “natural” or “green” are not regulated, and aren’t attached to any standards for products. Brands like Hyggelight, Eco Candle Co, Sanari Candle, and Nightshift Wax Co use alternative ingredients and consider sustainability during production.

Ultimately, the general scientific consensus on candle-burning is that normal use — especially in a well-ventilated area — is not a cause for concern, so you can still enjoy your holiday-scented and atmospheric favorites without fear, but consider the environment too when choosing products.

This article originally appeared on Ecowatch.com and was syndicated by MediaFeed.org.